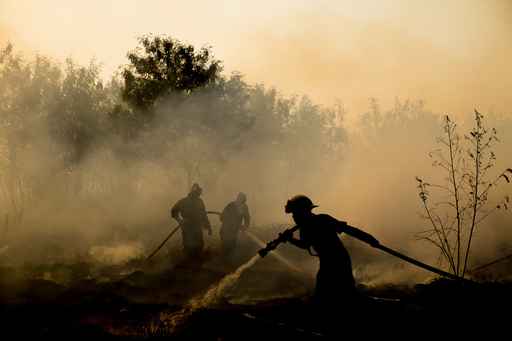 State firefighters responded to 13 human-caused fires on Saturday and Sunday. Eleven were on the Kenai Peninsula or in the Matanuska-Susitna Borough.

The division says above-normal temperatures, early snow melt and a lack of rain have contributed to volatile fuel conditions. Grass and brush is dry and vegetation has not “greened up.”

A fire near Ninilchik forced the evacuation of four homes and damaged one as flames passed. The cause is under investigation.

Forestry officials issued burn suspensions Sunday for the Kenai Peninsula and Monday for Delta and Tok.

Open debris burning and the use of burn barrels are prohibited during a burn suspension. Small camp fires are allowed if less than 3 feet (0.9 meters) in diameter.