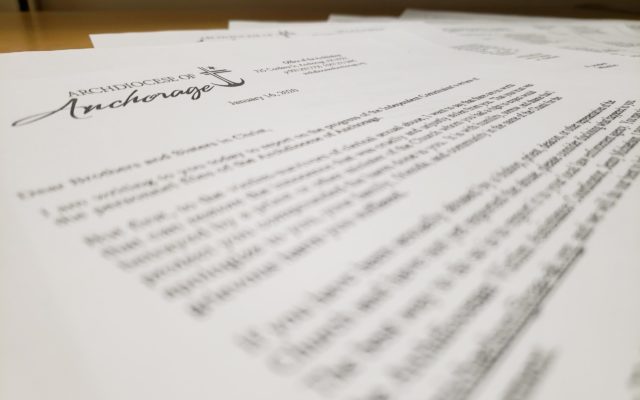 By BECKY BOHRER
Associated Press
JUNEAU, Alaska (AP) – A church leader says a review commissioned by the Archdiocese of Anchorage found credible evidence of sexual misconduct by 14 people who served in the archdiocese. The findings, released Thursday, were made by a commission that the archdiocese said included a former police chief and two former prosecutors. The commission was charged with reviewing church records going back decades. The report states that at least half of those identified as credibly accused are now dead. Bishop Andrew Bellisario addressed the victims, saying “there are no words that can restore the innocence that was cruelly and unjustly stolen from you.”