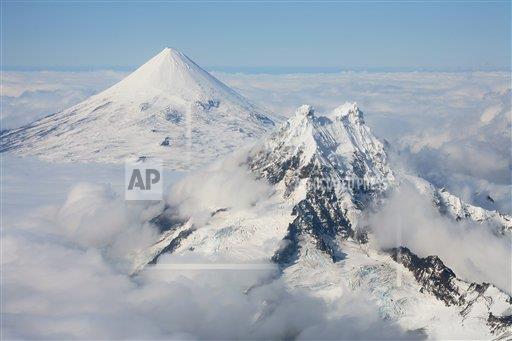 By DAN JOLING
Associated Press
ANCHORAGE, Alaska (AP) – The Alaska Volcano Observatory says a volcano in Alaska’s Aleutian Islands has erupted again. Shishaldin Volcano spewed an ash cloud at about 5 a.m. Tuesday. That followed eruptions that occurred last month and on Friday. The observatory first detected increased seismic activity at the volcano. When clouds parted, a satellite recorded images of an ash cloud to 23,000 feet and a plume that led back to the vent. A geophysicist with the U.S. Geological Survey says that means the eruption continued after 5 a.m. The ash cloud by late morning was moving northeast into the Bering Sea.