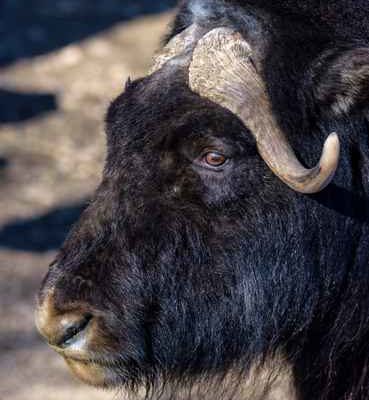 BETHEL, Alaska (AP) – A man riding his snowmobile in western Alaska says he came across an “unbelievable” sight – a pack of wild dogs attacking a young muskox.

KYUK-AM reports Jimmie Lincoln was riding near Toksook Bay on Tuesday when he witnessed three or four big, black and aggressive-looking dogs taking down what appeared to be a yearling without horns.

Lincoln says he yelled at the dogs but drove away when one started growling.

He says the muskox was still alive and one of the dogs had been shot when returned to the scene of the attack the next morning.

State wildlife biologist Patrick Jones says he’s heard of dogs killing moose, caribou and a muskox calf, but not of dogs working together to take down the large Arctic mammal.
—
Information from: KYUK-AM, http://www.kyuk.org