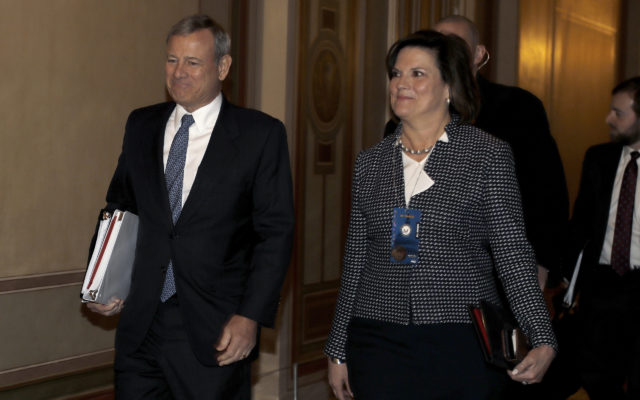 WASHINGTON (AP) – John Roberts is starting to juggle two jobs as the impeachment trial of President Donald Trump gets underway. Roberts has held the job of chief justice of the Supreme Court for 14 years, but now he’s presiding over Trump’s trial, too. On Tuesday morning, Roberts put on his black robe and oversaw two arguments at the Supreme Court before heading across the street to the Senate. Roberts’ added responsibilities shouldn’t affect the work of the court. That’s because the justices generally conduct their joint business in the mornings, giving him time to preside over oral arguments and lead the justices’ regularly scheduled private conferences before beginning his Senate duties in the afternoon.