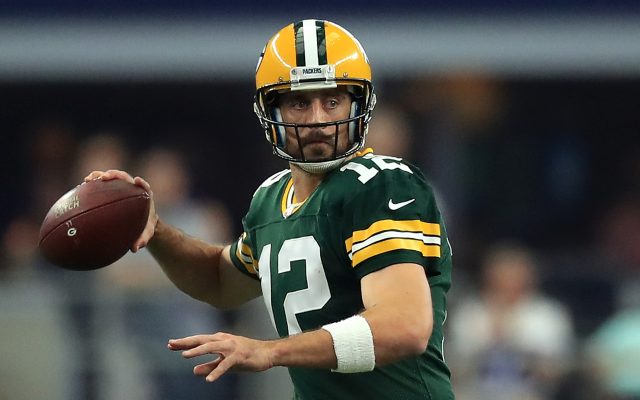 ARLINGTON, TX - OCTOBER 08: Aaron Rodgers #12 of the Green Bay Packers throws against the Dallas Cowboys in the second quarter at AT&T Stadium on October 8, 2017 in Arlington, Texas. (Photo by Ronald Martinez/Getty Images)

A Jeopardy! producer is heaping high praise on Packers quarterback Aaron Rodgers. The NFL’s reigning MVP is in his second week as guest-host of Jeopardy!  Producer Mike Richards said he thinks Rodgers could have a long career ahead as a game show host. “What I find fascinating about Aaron is his second career could be better than his first.” Rodgers previously said he prepared for his role as fill-in host like he was preparing for an NFL game.