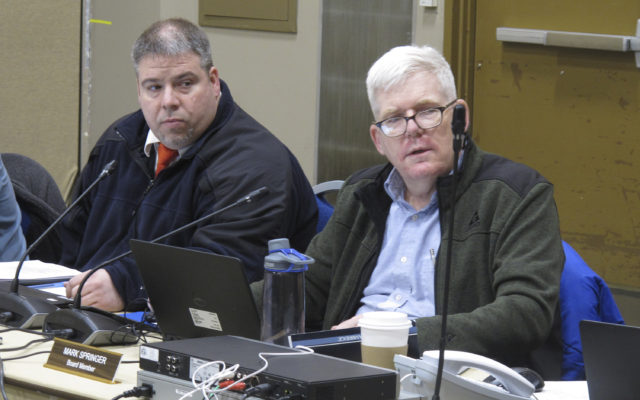 By BECKY BOHRER
Associated Press
JUNEAU, Alaska (AP) – The chairman of the board that regulates legal marijuana in Alaska is being replaced. Dunleavy spokesman Jeff Turner says Casey Dschaak of Dillingham will replace Mark Springer on the Marijuana Control Board. Turner says Dschaak’s term begins March 1. Dunleavy also re-appointed Christopher Jaime, who holds the board’s public safety seat. According to the Alcohol and Marijuana Control Office, both Jaime and Springer had terms set to expire March 1. Springer is from Bethel and has held the board’s rural member seat. He says he learned of the impending change from a reporter.