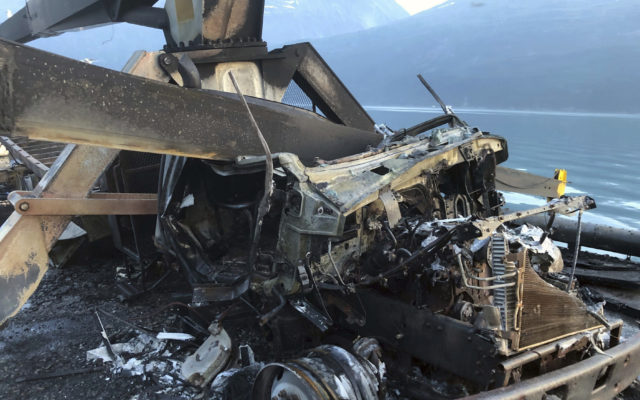 ANCHORAGE, Alaska (AP) – Commercial fishing crews have come up with an alternate plan for handling a backlog of fish after a dock was shut down in a community following an explosion.

Monday’s blast sank a boat and left one person missing.

The blast occurred on a fixed barge and fire then spread to the pier and a 99-foot commercial fishing vessel.

The Coast Guard has since suspended its search for the missing person, identified as a 49-year-old Cordova man.

The cause of the explosion is under investigation.
—
Information from: KTUU-TV, http://www.ktuu.com