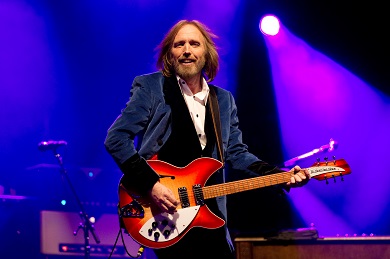 NEWPORT, UNITED KINGDOM - JUNE 22: Tom Petty of Tom Petty and the Heartbreakers performs on the main stage on day 2 of The Isle of Wight Festival at Seaclose Park on June 22, 2012 in Newport, Isle of Wight. (Photo by Samir Hussein/Getty Images)

The University of Florida Athletic Association is celebrating the life and career of Tom Petty.  The event will occur on October 15th as part of the Gators’ American football game. The proceeds, including merchandise sales, will be donated to Kids Count and Family Promise, two charities that promote the well-being of underserved communities in Gainesville. The college has also announced that they will adorn the musical icon with an honorary degree in music next year.