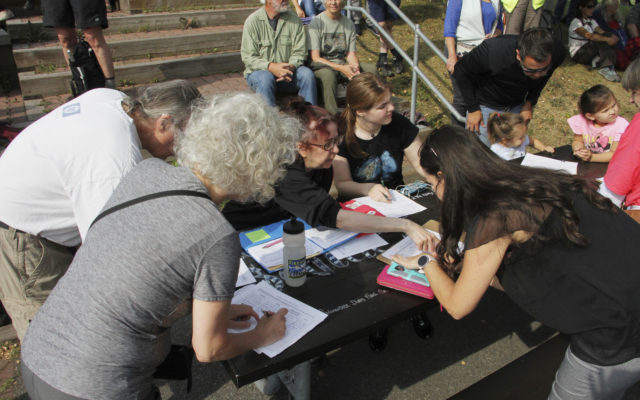 Dunleavy, a Republican who took office in December, angered many with more than $400 million in budget vetoes.

The process started off with events across the state.

The Anchorage event featured a speech by Vic Fischer, the last living member of the group of 55 men and women who wrote Alaska’s constitution.

In Juneau, a shame totem pole with a likeness of both Dunleavy and President Donald Trump urged people to recall the governor.

Dunleavy’s spokesman Matt Shuckerow said in an email to The Associated Press that Dunleavy was elected as an agent of change and is addressing challenges in Alaska that others have been unwilling to tackle.