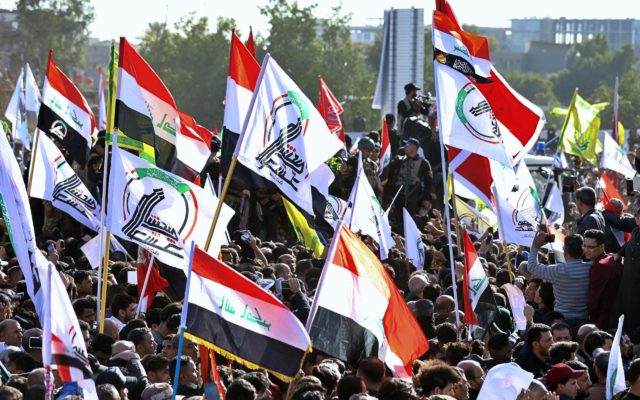 BAGHDAD (AP) – Iraq’s outgoing prime minister says the United States has no alternative and must pull its troops out of Iraq. If not, he says America faces an impeding crisis. The prime minister said Tuesday he wants to avoid further escalation, as tensions soar between American and Iran. Those tensions were sparked by a recent U.S. airstrike that killed a top Iranian general inside Iraq. Meanwhile, the remains of a senior Iraqi militia commander was returned to Iraq from Iran, after undergoing DNA testing. Thousands of mourners following the procession from the border and chanted “America is the great Satan.”