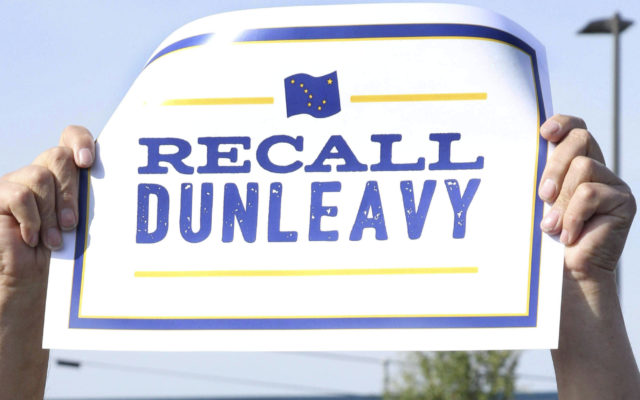 By BECKY BOHRER
Associated Press
JUNEAU, Alaska (AP) – An Alaska judge has ruled that an effort to recall Governor Mike Dunleavy may proceed. The decision by Superior Court Judge Eric Aarseth in Anchorage is expected to be appealed. His decision followed arguments in the case Friday and came two months after the director of the state Division of Elections rejected a bid to advance the recall effort based on an opinion by state Attorney General Kevin Clarkson. The Recall Dunleavy group argued Clarkson’s analysis was overreaching and the recall effort should have been allowed to move to a second, signature-gathering phase.