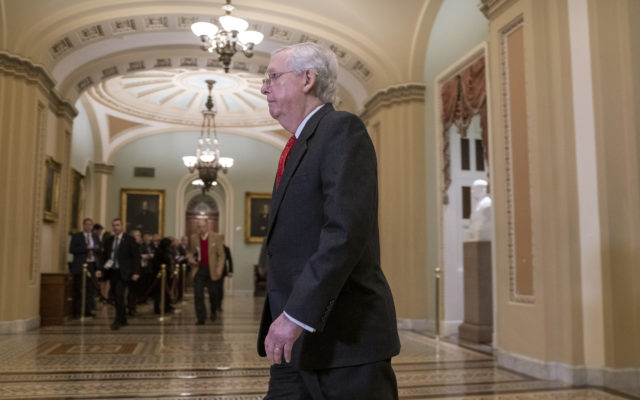 WASHINGTON (AP) – Senate Majority Leader Mitch McConnell abruptly changed his proposed rules for President Donald Trump’s impeachment trial after senators objected. He is now offering three days, rather than two, for opening arguments from each side. Democrats objected strongly to rules proposed by the Republican leader for compressed arguments and a speedy trial. Chief Justice John Roberts gaveled in the session. Democrats warned that the rules package could force midnight sessions that would keep most Americans in the dark. Trump said anew that the whole thing was a hoax, and he said he was sure it would “work out fine.”