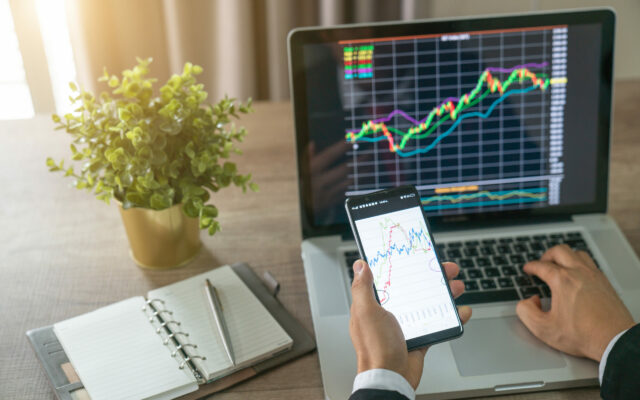 The announcement was made Monday by the fund’s board. The corporation said in a statement that the selection “is contingent on the successful negotiation of a salary and benefits package” and that a start date has not yet been set.

Mitchell has called Alaska’s nest-egg oil wealth fund the state’s “trump card” as a renewable source of revenue, the Anchorage Daily News reported. His message to the board was that he would not chase short-term cash yields, as the fund has been invested for long-term growth. He also said he doesn’t see the CEO’s role as second-guessing investment decisions made by the corporation’s chief investment officer or as overriding his decisions.

Mitchell last month stepped down as the state’s debt manager and executive director of the Alaska Municipal Bond Bank Authority when Gov. Mike Dunleavy appointed him to be the acting Department of Revenue commissioner.

Mitchell is poised to replace Angela Rodell, who was fired by the board last year. An Anchorage law firm hired by a legislative committee to investigate the firing released its final report last week, finding that the board used a “deficient” performance evaluation process, but that a loss of confidence was reason enough to fire her and that there was no credible evidence that Dunleavy was involved.

A recruitment company whittled the list of applications for the CEO position to 10 finalists. The board’s hiring committee picked its five finalists last month and conducted interviews to choose its top three candidates to go before the full board Monday for public interviews and the final selection process.

The other finalists were Melanie Hardin, who currently lives in California and is an executive at Verizon Communications, and Morgan Neff, chief investment officer of the Alaska Industrial Development and Export Authority.

Five board trustees were part of the final vote. Mitchell, who was the newly appointed sixth trustee because of his position as acting revenue commissioner, recused himself. After a three-hour closed door meeting, the selection of Mitchell as CEO was unanimous.

Acting CEO Valerie Mertz said she will return to work as the corporation’s chief financial officer once the new CEO starts.