Nearly every Alaskan will get $1,606 oil check 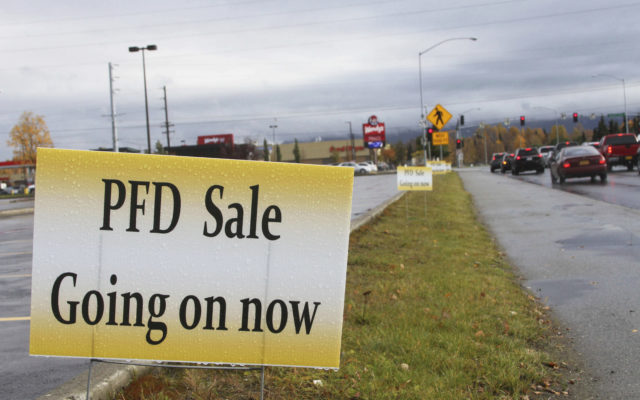 By MARK THIESSEN
Associated Press
ANCHORAGE, Alaska (AP) – Nearly every Alaskan will be $1,606 richer next week.

The state revenue department confirmed the amount of this year’s oil wealth check in a Friday release.

The check size doesn’t come as a surprise after lawmakers decided on that amount following drawn out regular and special legislative sessions.

Gov. Mike Dunleavy favored setting the amount according to a statutory formula that hasn’t been followed since 2016. Had that been used this year, the check would have been $2,910.

However, some lawmakers balked, saying that amount was unsustainable.

Dunleavy has scheduled a news conference later Friday, where issues related to the oil check will be among topics he will address.

Revenue officials say about 631,000 Alaskans will begin receiving their checks Thursday. The total distribution is just over $1 billion.