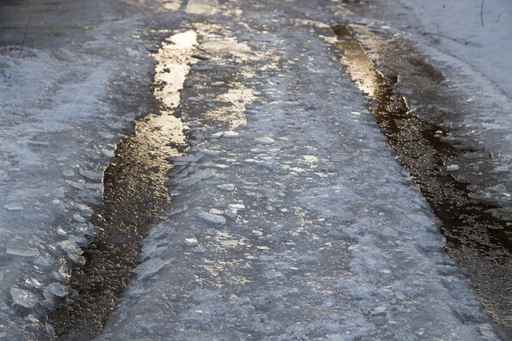 ANCHORAGE, Alaska (AP) – A rockslide seriously injured a driver on the Seward Highway.

Police say a large rock fell from a cliff early Friday and struck the roof of a southbound compact car near McHugh Creek. The driver was transported to a hospital with life-threatening injuries.

The crash and debris on the road closed the highway shortly before 6 a.m. between Miles 111 and 113. The highway reopened an hour later but police said more slides are possible.

Icy roads affected drivers elsewhere in southcentral Alaska and led to the closing of public schools and University of Alaska Anchorage campuses.

Traffic north of Anchorage was stalled on inbound and outbound lanes of the Glenn Highway and on Eagle River Road due to multiple cars in distress.