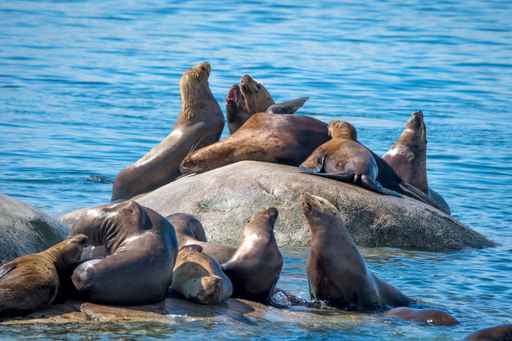 ANCHORAGE, Alaska (AP) – A sea lion bit a fisherman on his leg in a harbor in southwest Alaska, marking a fishing town’s third attack in two years by the marine mammals.

Sand Point police officer David Anderson tells the Anchorage Daily News that the sea lion hopped onto the fishing boat Celtic and bit the man on his right thigh Sunday.

Anderson says other crewmembers took the man to a clinic where he was treated and released.

The Sand Point Department of Public Safety shared a photo on Facebook of the man with gaping wounds on his thigh.

All three Steller sea lion attacks in the town in the Aleutian Islands involved fishermen being bitten on the leg.
—
Information from: Anchorage Daily News, http://www.adn.com