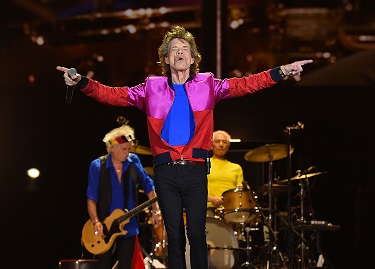 The Rolling Stones are reportedly getting ready to release their first new album in 18 years next summer.   A source close to the band told The Sun, “I’m told Mick Jagger, Keith Richards and Ronnie Wood teamed up in New York over the past fortnight for recording sessions, alongside a raft of world-class session musicians to complete the initial recordings for their first output of original material in 18 years.” The news follows the death of longtime band drummer Charlie Watts in 2021 and the source also explained, “After Charlie’s passing there was some uncertainty about what to do next. They had stadium dates scheduled so pressed ahead, but afterwards it wasn’t clear what the future looked like. But now they’ve had time to reflect; they all feel it’s the right thing to keep doing what they’ve always done as a band, make new music and hopefully hit the road again to perform it to their fans.”.