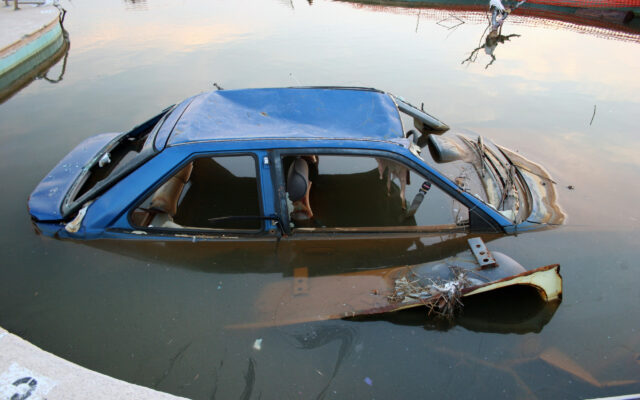 JUNEAU, Alaska (AP) — A vast swath of western Alaska could see flooding and high winds as the remnants of Typhoon Merbok move toward the Bering Sea region.

The National Weather Service has coastal flood warnings in place, beginning Friday, spanning from parts of southwest Alaska, including Quinhagak, up to St. Lawrence Island in the Bering Sea and to the Bering Strait coast. The agency warned Thursday that water levels in Nome could be up to 11 feet (3.3 meters) above the normal high tide line, and in Golovin up to 13 feet (4 meters).

The coastal flood warning for the southern Seward Peninsula coast, including Nome, was in effect from Friday evening until Sunday morning.

Meteorologist Ed Plumb said the storm is strong and on a “perfect track to bring significant severe coastal flooding to parts of western Alaska … for the Yukon Delta up to the southern Seward Peninsula and Norton Sound.”

“Interestingly with this storm, it looks like for the northern Bering Sea, this will be the deepest or strongest storm we’ve ever seen in September, so this is quite an unusual storm,” Plumb said.

Beach and shoreline erosion is possible in areas, with wind-driven waves and storm surge, he said.

Warnings from the weather service said roads could be closed and low-lying property could be “inundated” for the southern Seward Peninsula coast, St. Lawrence Island and Bering Strait coast

John Handeland, Nome’s mayor, said Thursday that officials were getting weather updates and have been preparing. He said a recreation center has been set up for use as an emergency shelter, if needed.

“We do know the drill and where things normally are impacted” from past storms, he said. Residents were being asked to secure their boats and other items at summer cabins and fish camps, he said, adding that there was a cruise ship in the area Thursday morning.

Jeremy Zidek, a spokesperson with Alaska’s emergency management office, said officials planned Thursday to speak with community leaders and others about the forecast, resources and preparations.

There is a large area under warnings, and “it’s a powerful storm,” he said.

“We have seen storms like this, like in 2011, that did serious damage across the western coast of Alaska and we’ve seen similar storms that have not done a lot of damage. So we really have to see what’s going to happen and then we’ll respond appropriately,” he said.

Plumb, the meteorologist, said the storm is expected to weaken as it moves further north to the Chukchi Sea on Sunday.